CBU-ASD is a wireless control unit for LED drivers with 0-10V, 1-10V, or DALI dimming interface. The control output can be configured either as analogue 0-10V (and 1-10V) or as a digital standalone DALI control interface. When the output is configured as Standalone DALI [1], CBU-ASD acts both as a controller and as a power supply making it possible to connect directly to an LED driver with DALI interface without the need for an external DALI power supply. CBU-ASD is controlled wirelessly with Casambi smartphone and tablet applications using Bluetooth 4.0 protocol. CBU-ASD can be controlled also from standard on/off wall switches. 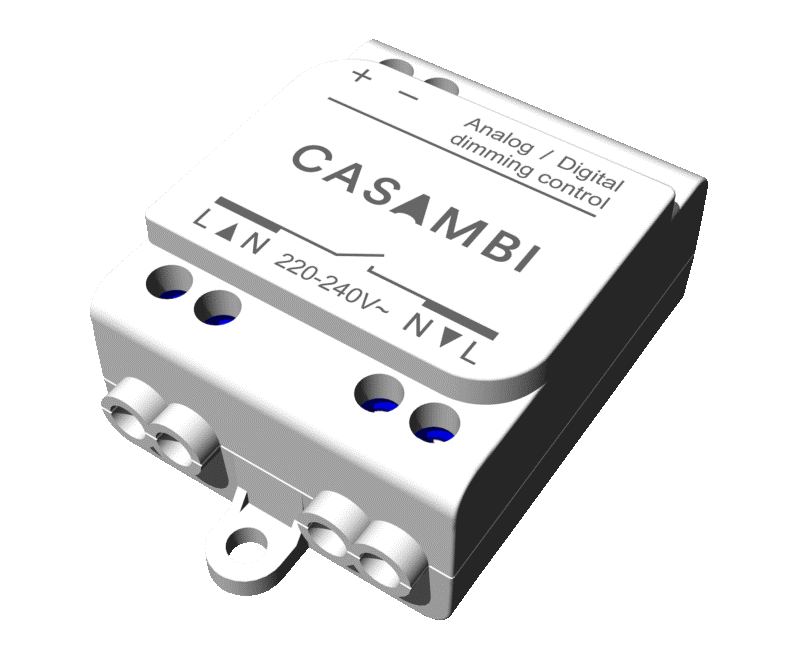